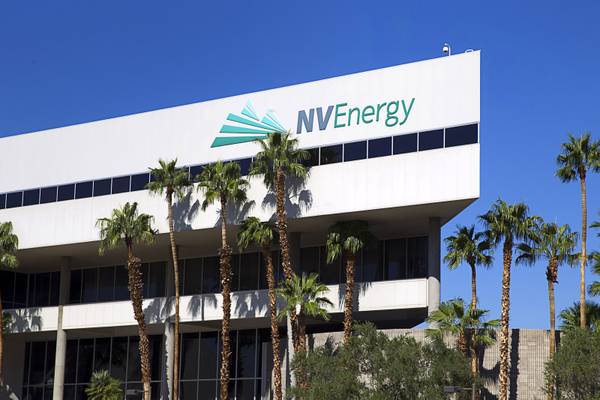 By Yvonne Gonzalez
Thu, May 31, 2018 (2:15 p.m.)
A solar project on Moapa Band of Paiutes land is part of a $2 billion plan by NV Energy and investors that may hinge on whether Nevada adopts its energy choice initiative.

NV Energy plans to submit plans Friday to the Public Utilities Commission of Nevada for projects in Northern and Southern Nevada that would generate more than 1,000 megawatts of new solar energy and 100 megawatts of battery capacity. The PUC would need to approve the plan, and NV Energy has the ability to opt out if voters approve Question 3, the energy choice initiative.

A news release from NV Energy says the utility is reserving the option to nix the project if Question 3 passes, citing “liabilities and risks” to customers. An April 2018 PUC report listed potential risks if the initiative passes, including higher costs for customers and lost jobs.

Voters approved Question 3 for the first time in 2016. This year’s vote could make the measure law, opening the door to end NV Energy’s monopoly in Nevada.

In a statement, the Energy Choice Initiative criticized the plan.

“This is an act of desperation by NV Energy that is too little too late,” said a statement today from the Energy Choice Initiative. “In a competitive market, consumers will drive our renewable energy future, not an outdated utility monopoly that has been dragged kicking and screaming towards that future.”

NV Energy shuttered the coal-powered Reid Gardner Generating Station in 2017, which was near Moapa. Environmentalists and residents have raised concerns about the coal ash that was generated by the plant and is still present today.

Tribal Chairman Greg Anderson said the tribe already has about 8,000 acres dedicated to generating renewable energy, though that power goes to Los Angeles. The new project would generate power that stays in Nevada, he said.

“That’s what we’re all about is renewable energy to help our land, to better our people’s breathing,” he said.

Speakers cited new laws that helped facilitate the plan, such as a 2013 measure that closed all of Southern Nevada’s coal-powered facilities, said Tony Sanchez, an NV Energy senior vice president.

Gov. Brian Sandoval said after the announcement that he was first briefed on the plans about a week ago. He said the proposal is the result of years of work to create an environment in Nevada that would attract this type of investment.

“The pieces of legislation that I’ve sponsored or supported and signed I think have gone a long way to creating the environment where you have companies that are willing to make a $2 billion investment in our state,” Sandoval said.

Battery storage has been seen as a possible solution to the problem of solar panels generating energy during the time it’s needed least, when the sun is shining. Peak demand for utilities is in the evening.

Plans call for three projects each in Northern and Southern Nevada that would generate enough power to run more than 600,000 Nevada homes.

NextEra Energy Resources is planning to develop two projects north of Reno that would have capacity to generate 300 megawatts of solar power and 75 megawatts of storage. Cypress Creek Renewables is supporting a 101-megawatt solar project with 25 megawatts of battery capacity.

The projects could be completed by the end of 2021.